Generating a contemporary environment, set in the context of spatial harmony, is the palpable trademark of the Studio. Wooden paneling on walls, placed in strategic places, provide character to this reform carried out in a roomy and luminous apartment. Read more

This endeavor towards integral reform was developed in an apartment located in the posh Palermo Chico neighborhood, inside an 80 year old building on Libertador Avenue. To carry out the task, Muradas Studio worked completely in sync with civil engineer Ignacio Iraola, a partner with Irgo; they had already worked together before for a common corporate client. While the Studio was in charge of interior design and equipment, Irgo was responsible for the construction work. The goal of this intervention was to adapt the apartment to the lifestyle requirements of the abovementioned engineer, his wife and their two children who are in elementary school. As for the layout, the original distribution of rooms was preserved in almost every space, although some circulation routes were altered to ensure an improved order. The guest bathroom was relocated and the service area was modified to allow for more kitchen space. The overall criteria was to establish an absolute fusion amongst all rooms, as they blend together through the same type of flooring – long American oak boards- and white walls featuring wood paneling in strategic places. Every wall covered in the Breeze Tauari material radiates its typical warmth throughout the apartment. This holds true in the living room, the study, the daily dining area and kitchen counter, the bathroom, and also on the wall that serves as a bedrest in the master bedroom. By resorting to the same strategy in different areas, the Studio managed to create a smooth continuity effect which is a staple of every project spearheaded by Muradas. The dining room, which functions as a pivoting point on the “L” marked between the living room and the study, was furnished with a round table which adds fluidity to the space. Designed by Acento, as well as the living room table, it features a Silver White marble tabletop. For the Scandinavian style pieces, openings and different furniture items, black was the chosen color, as it creates a counterpoint with the wood and the natural fibers on some of the sofas, chairs and stools. Upon the client’s special request, his favorite Wishbone model chairs were placed in the study. Photographs by Gastón Fernández Berengeno and Christophe Correy from France – both artists from Henri’s Gallery – were selected for the apartment. For the kitchen, which has scarce natural lighting, special white lacquered equipment was designed. The Scandinavian style furniture for the balcony, in light-colored wood and natural fibers, was chosen along the same lines as the interior furniture. In this project, esthetic coherence and visual continuity are the maxims that pervade every single detail. 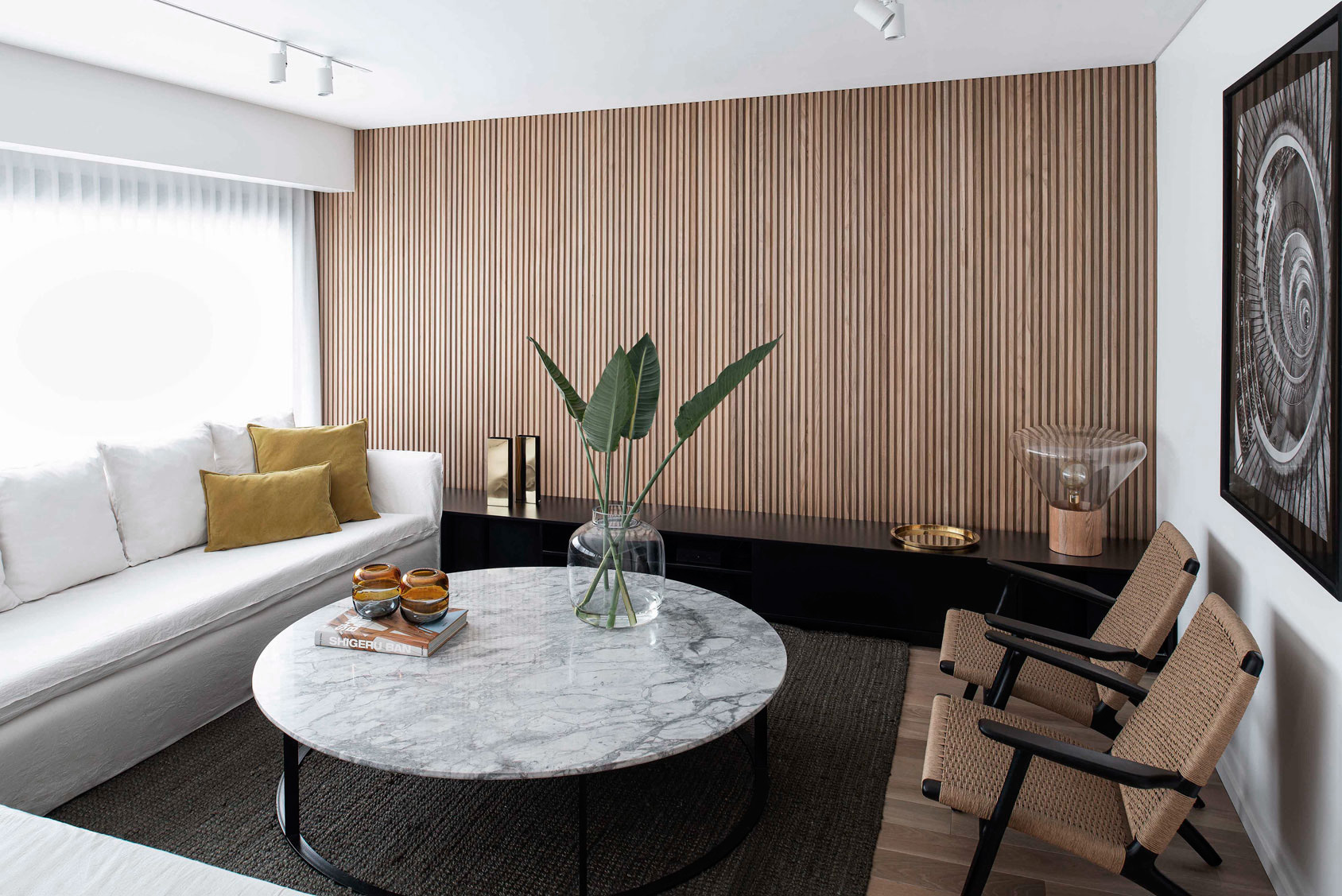 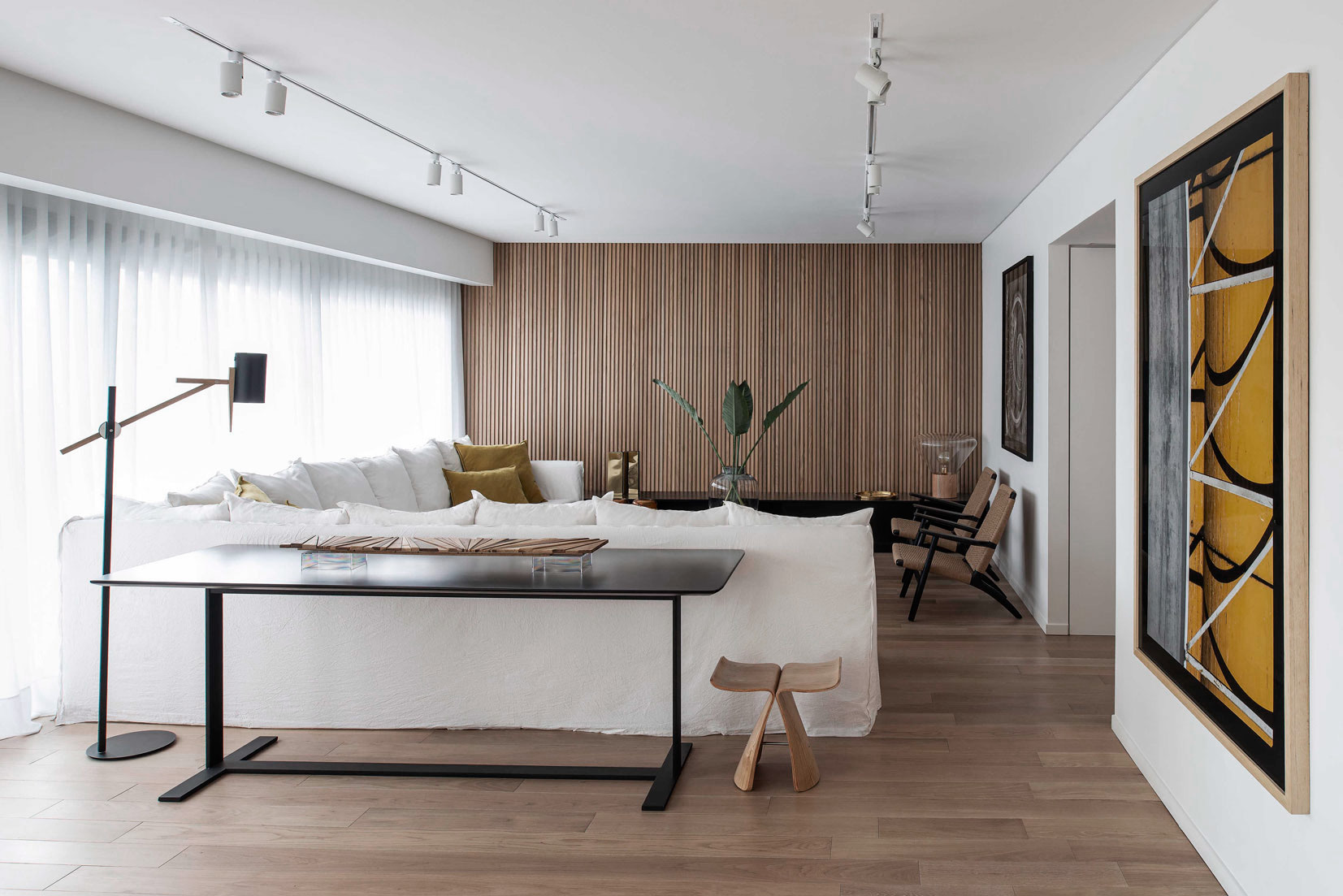 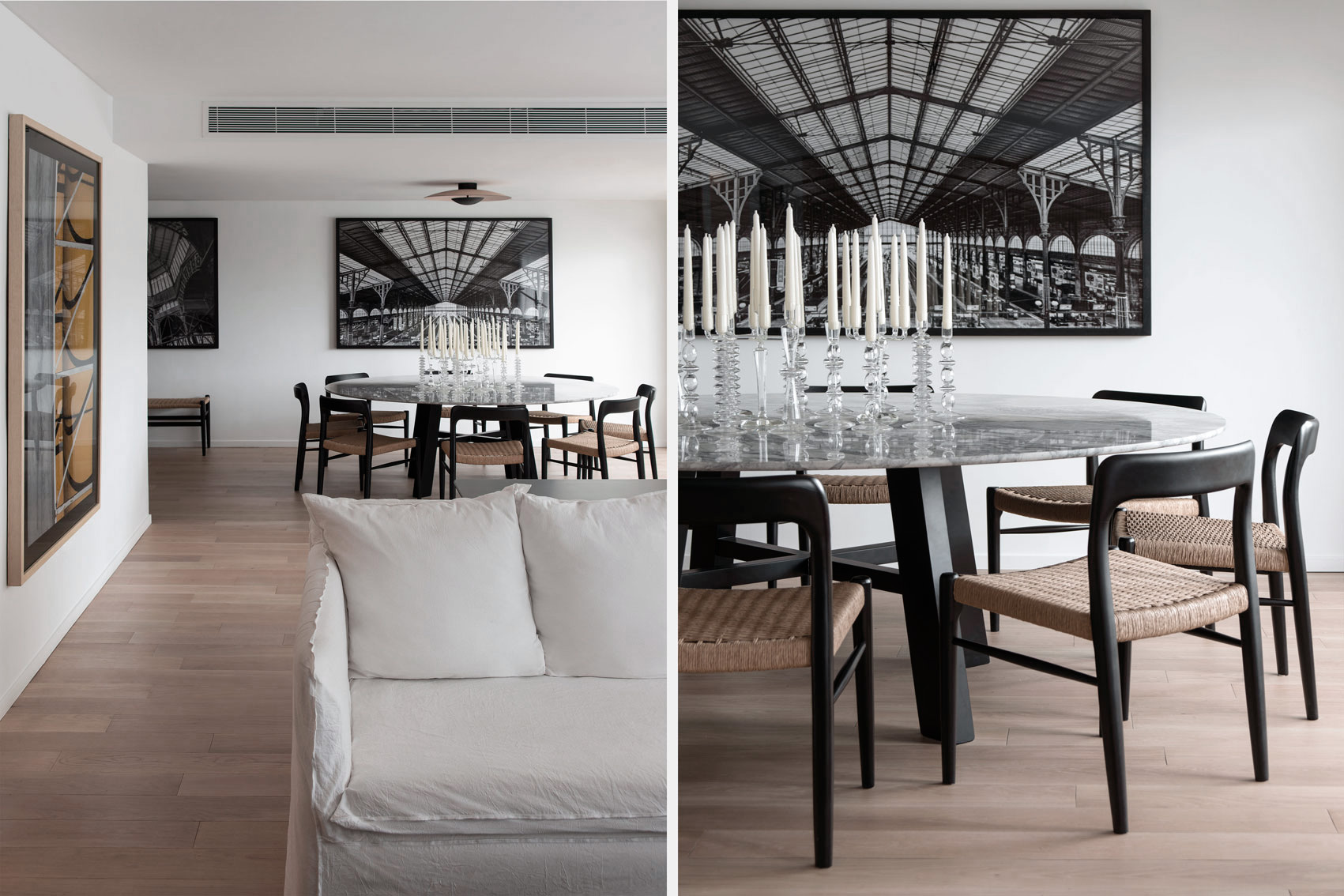 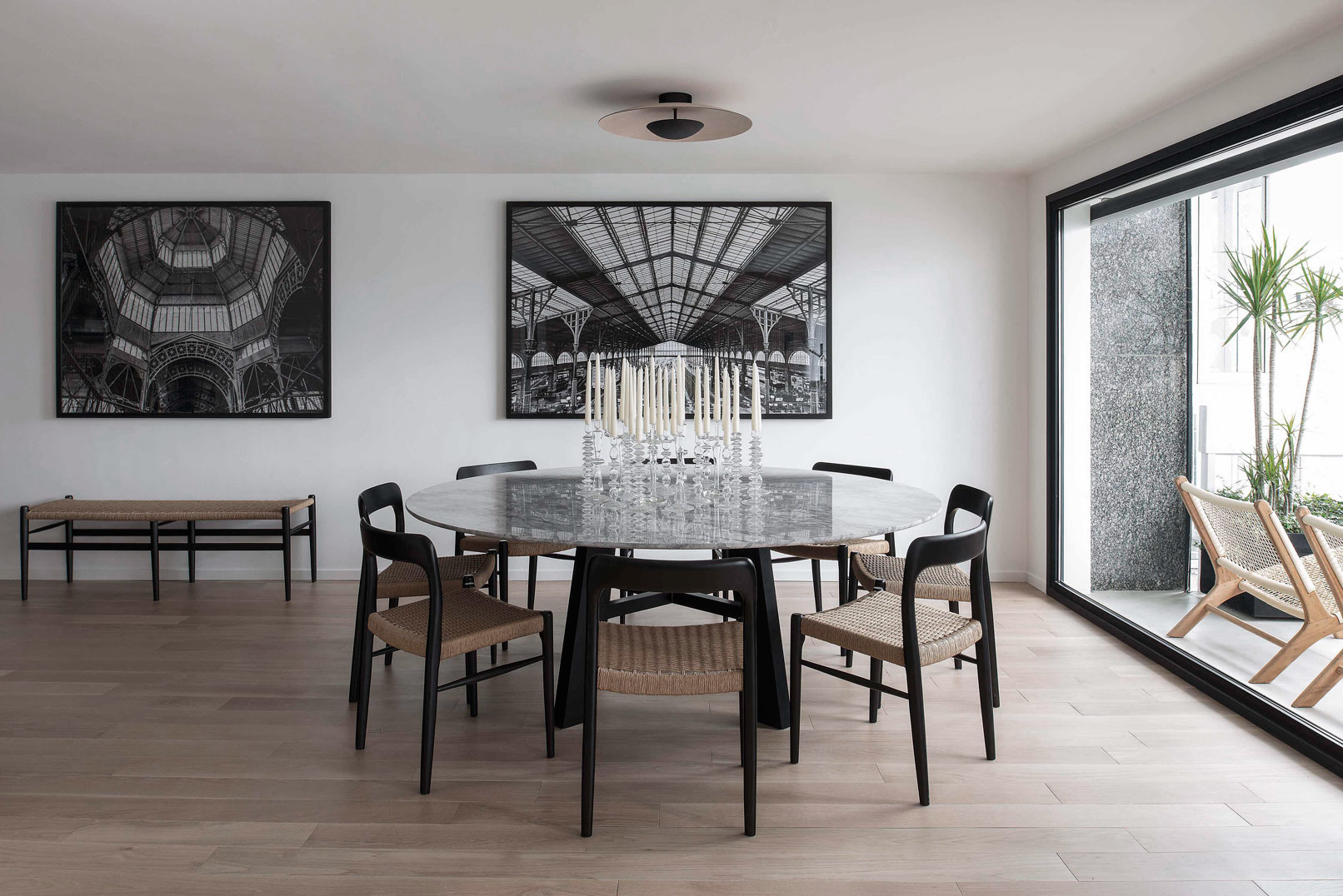 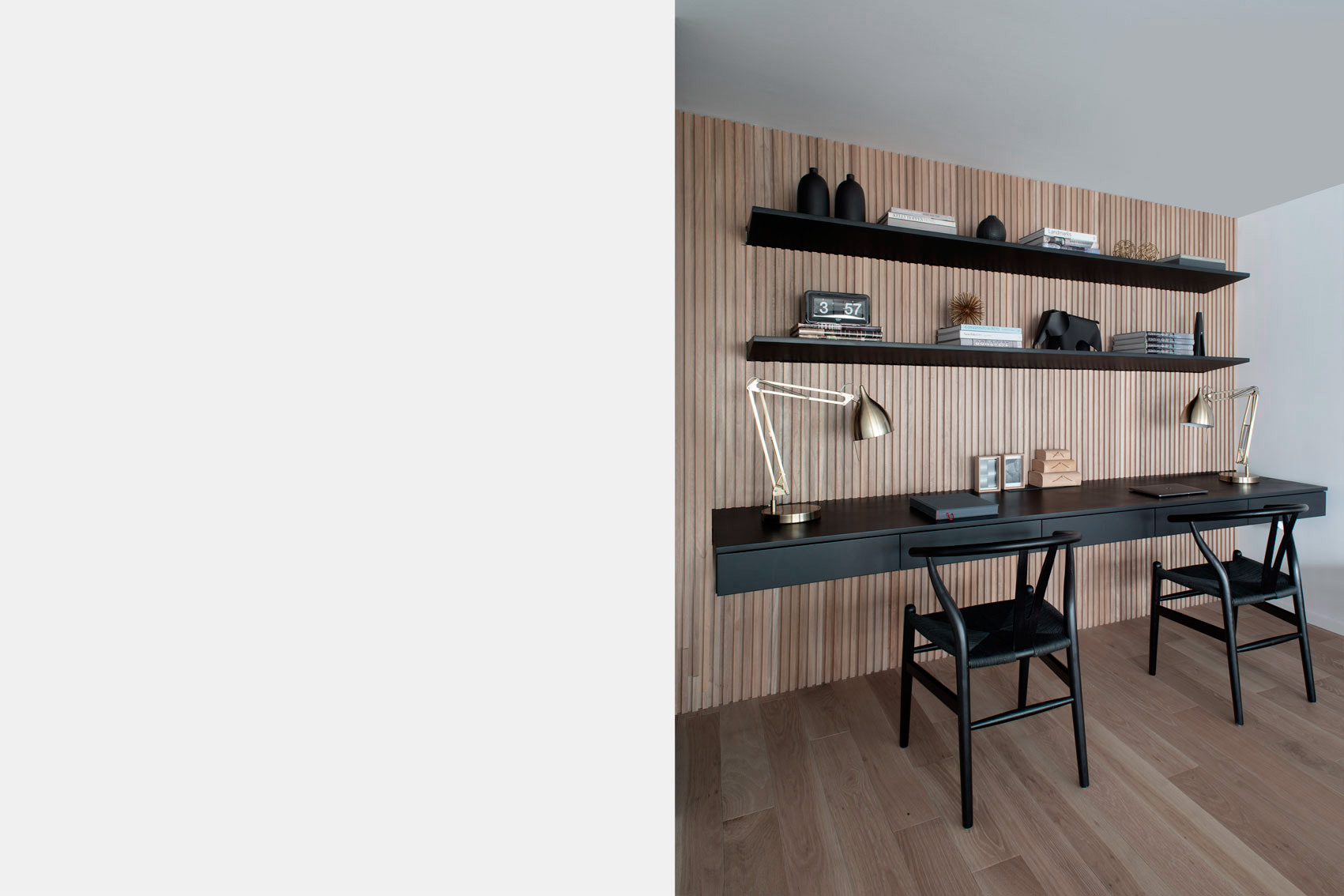 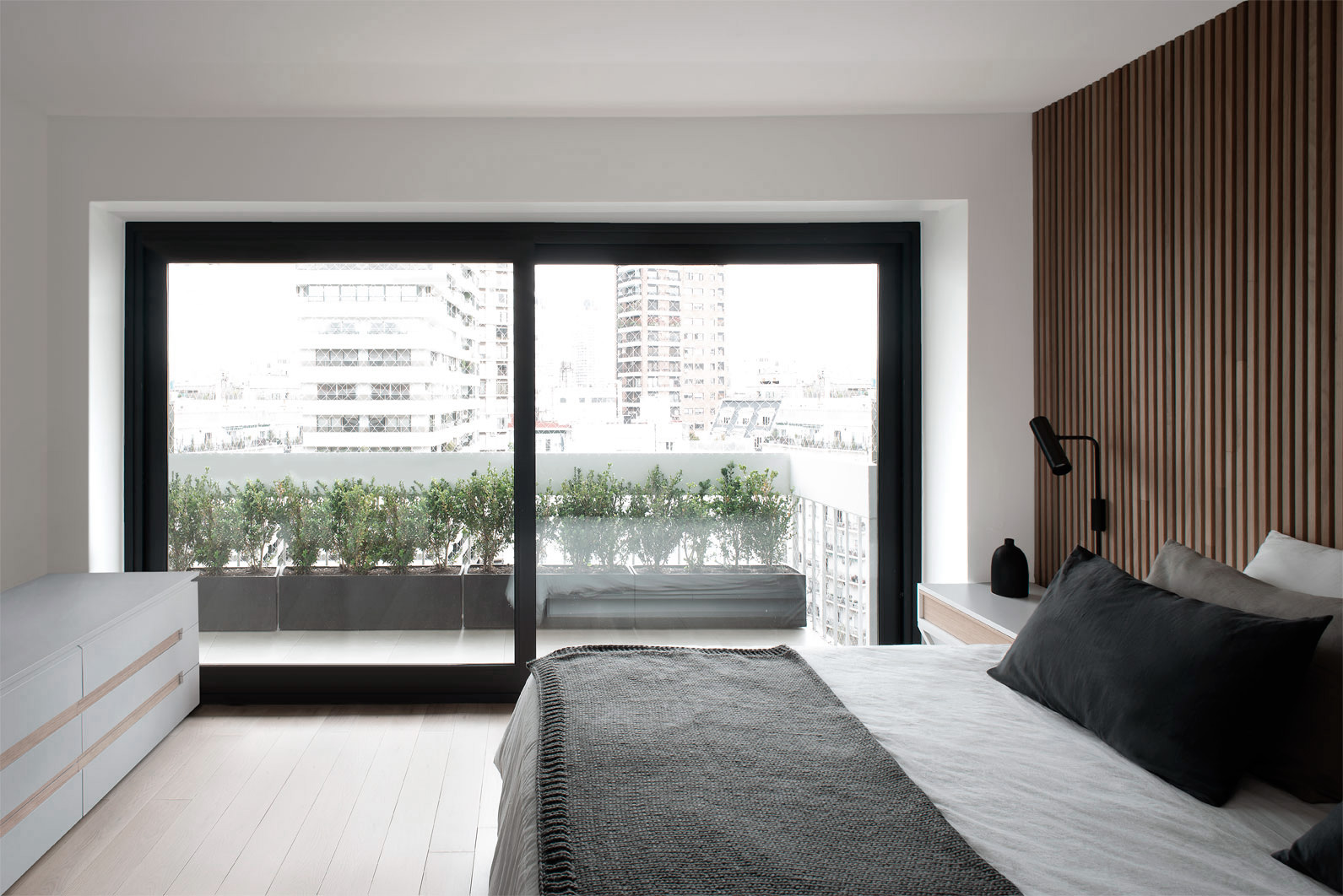 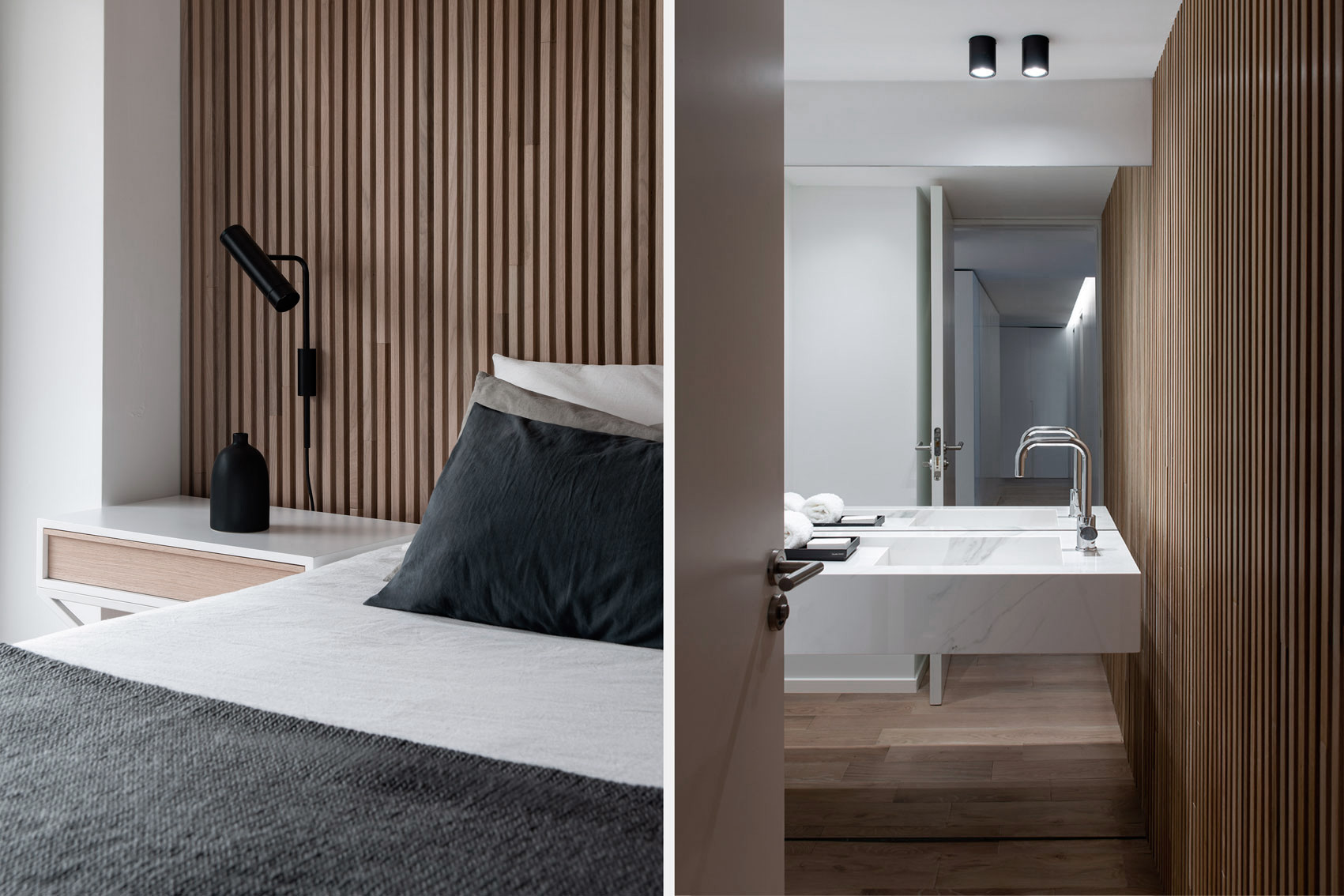 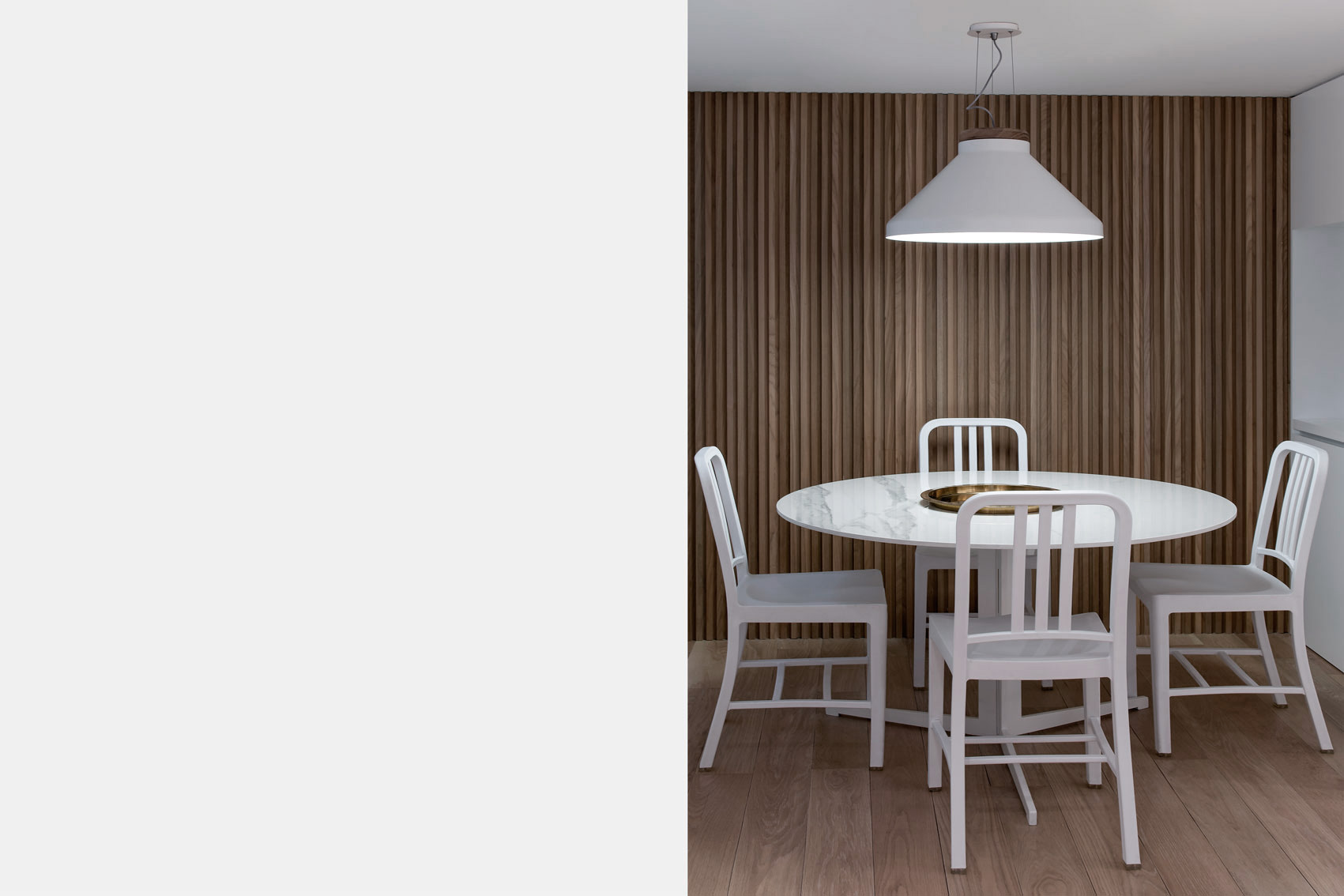 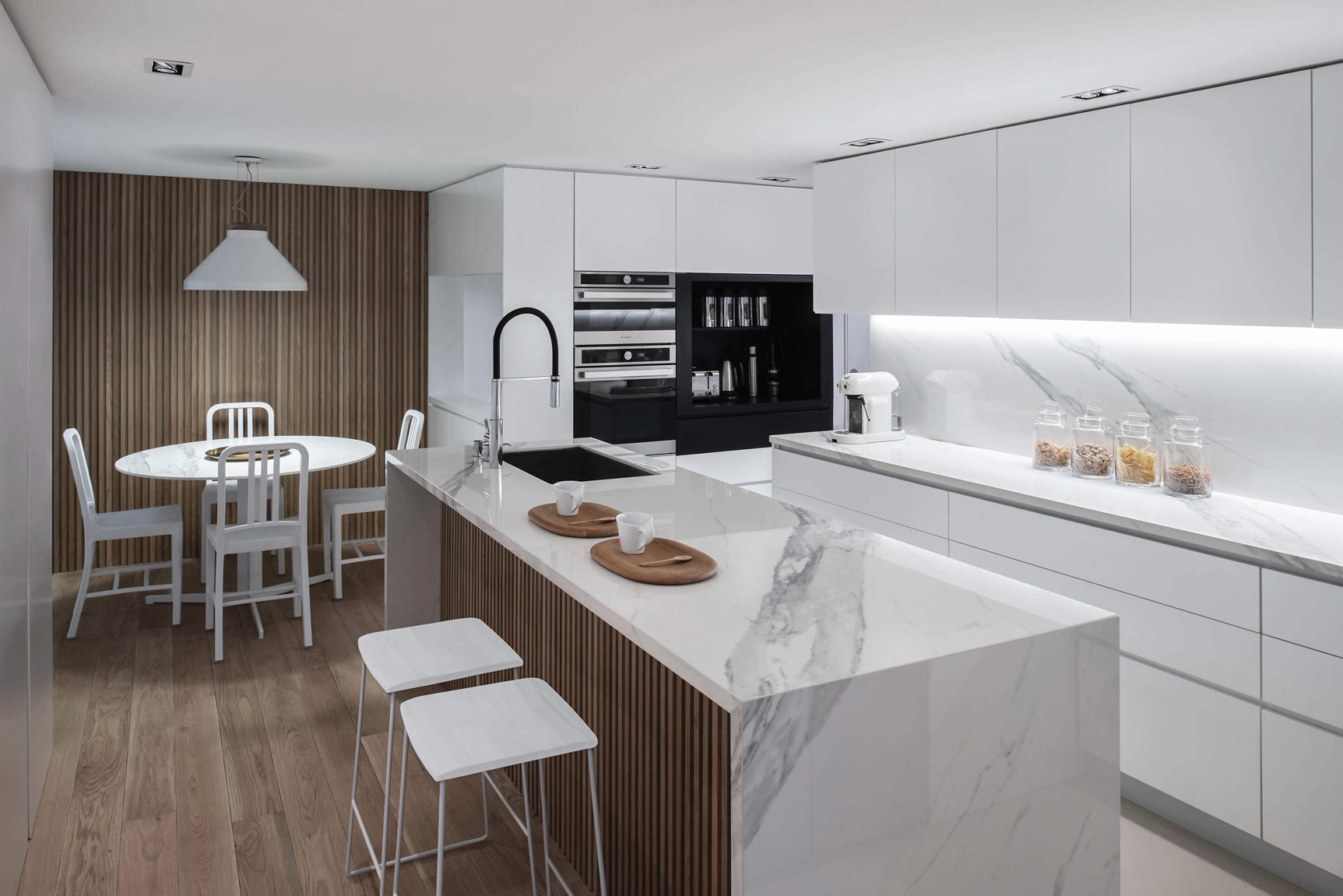