San Benito Abbey offered a unique location for this project, considering that over the span of six decades, different players had become involved in the construction of the Abadía, thereby reinforcing its outstanding architectural eclecticism, with its aura of mysticism, so rich in diversity. Read more

The intervention we proposed to re-functionalize this space respects the architectural essence of the Abbey and brings out its best features through the use of specific lighting and dramatic geometrical elements which reinforce pre-existing lines. The monks sought to find in their refectory similarities with religious services, not only through the characteristics of the rituals that took place but also in the architectural lines that are akin to those of a church. The auditorium was designed with these notions in mind, it was conceived as being a part of the Abbey, to be used by its people, so it was a must for it to carry the sacred essence of the place. The elements that live in this space were selected with absolute precision as they had to play a role when it came to respecting the monastic character of the Abbey. Two materials were used for the intervention of the box: white walls and white lighting, as both are associated with calm, purity and sacredness; used together, they highlight the roofs and existing arcs. The equipment consists of long pews measured in conjunction with the floor panel module and both have the same finishes. The box intervention and full equipment were designed with Masisa’s Melaminas Touch (laricina and natural oak) which, besides proving their versatility, allowed us to obtain uniformity in the finishes and an austerity of resources. The project renewed the functions of this space by respecting the original architecture and intended to provide an intervention that would transcend the actual exhibit, by becoming a permanent part of the Abbey and honoring the values of monastic life. 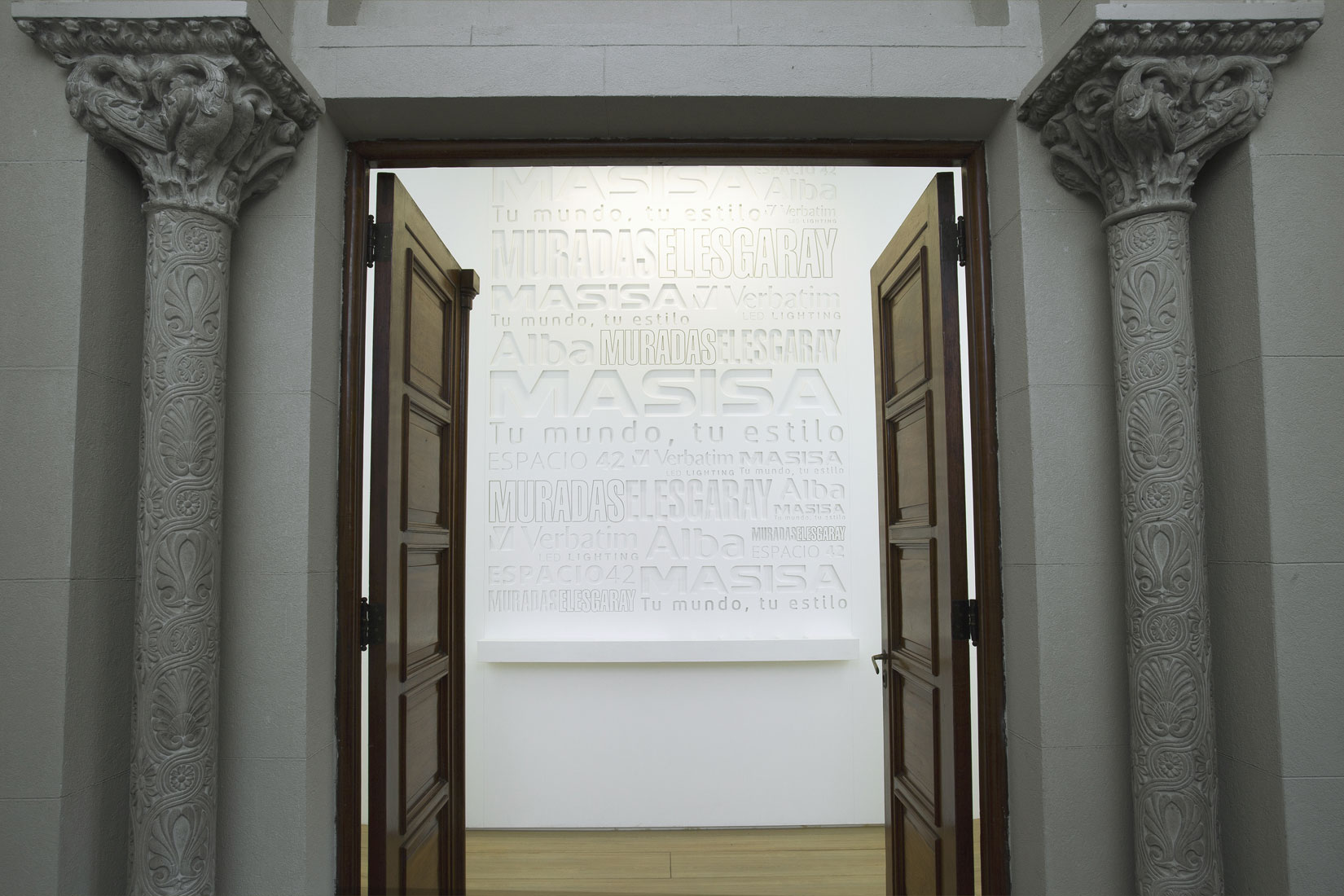 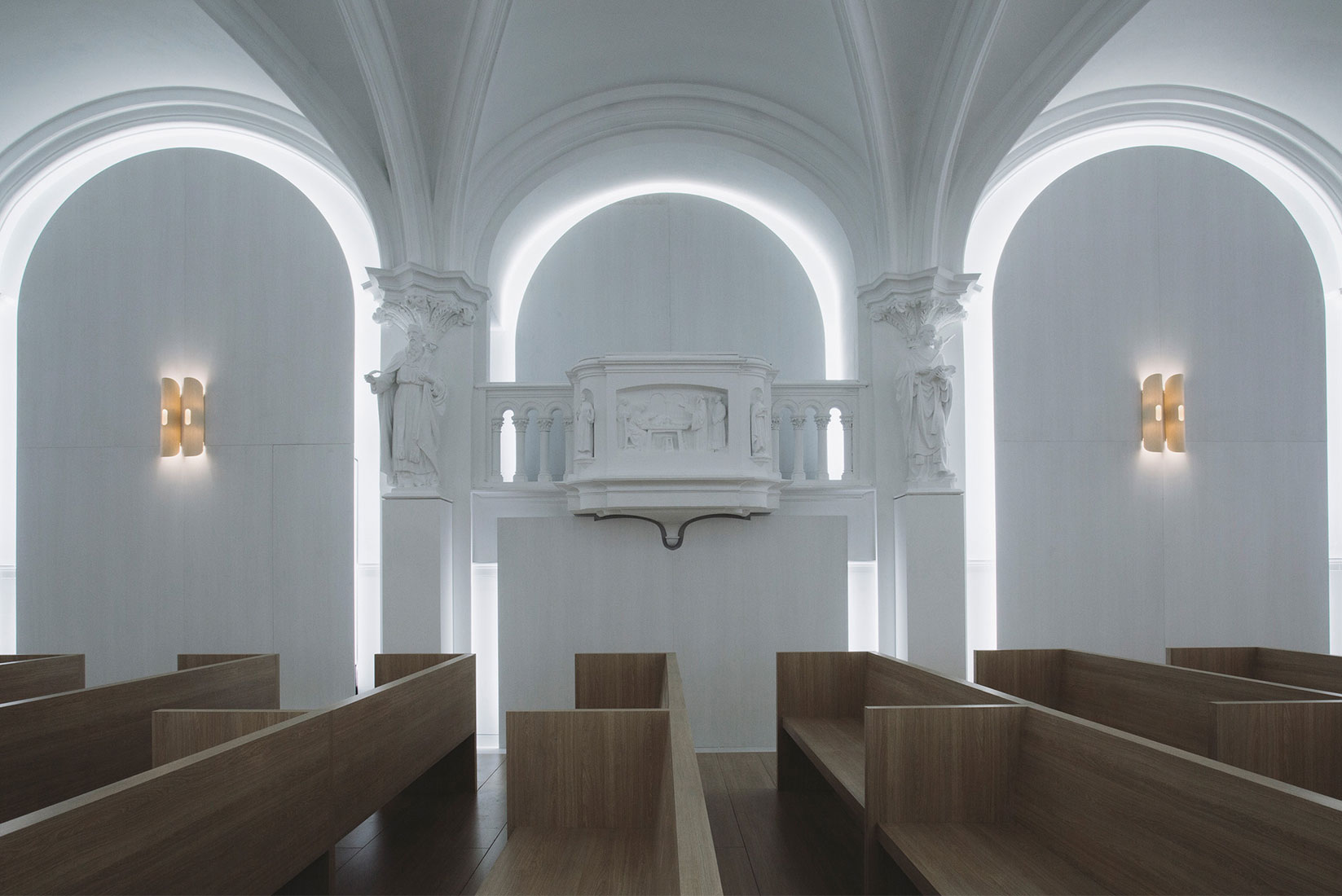 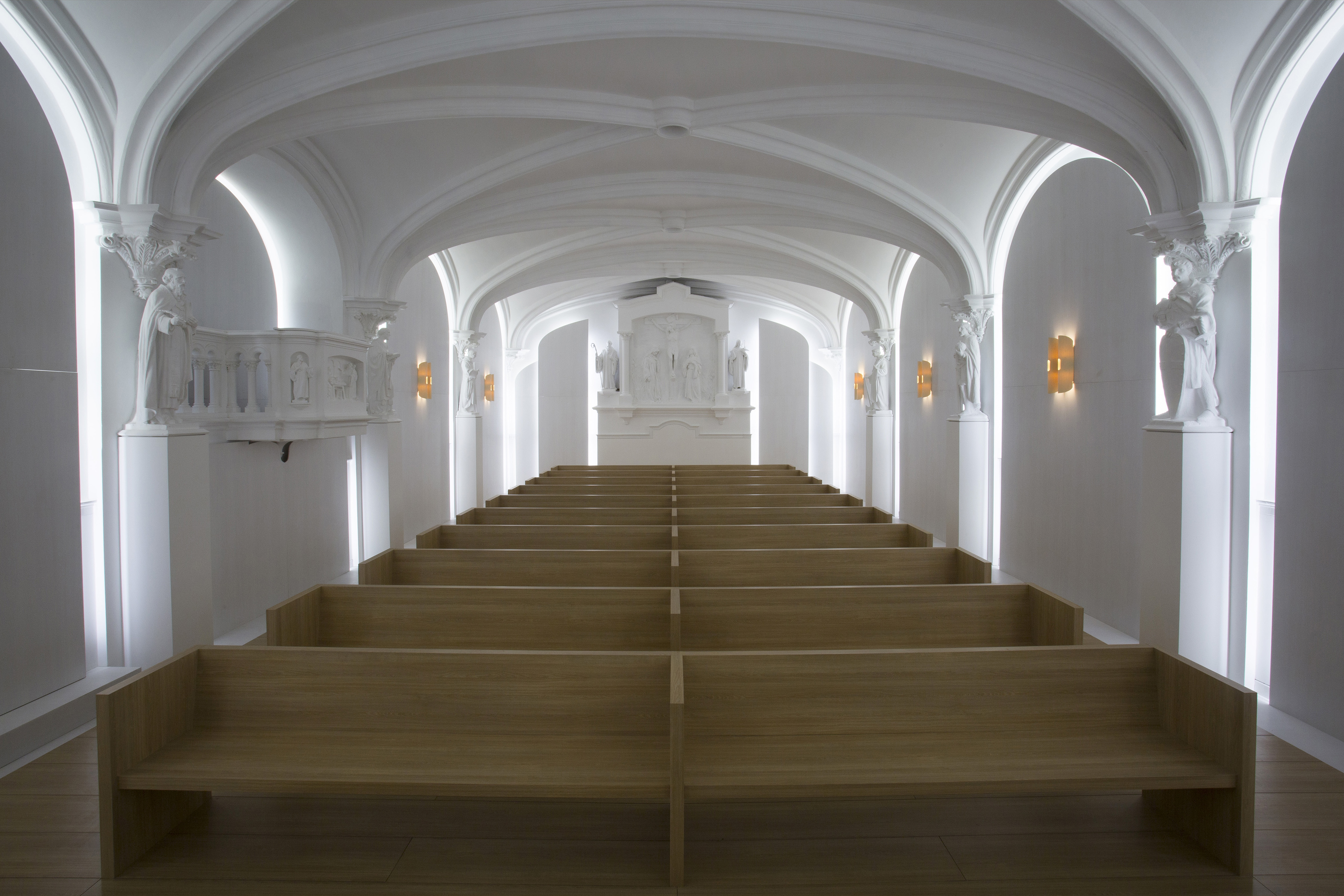 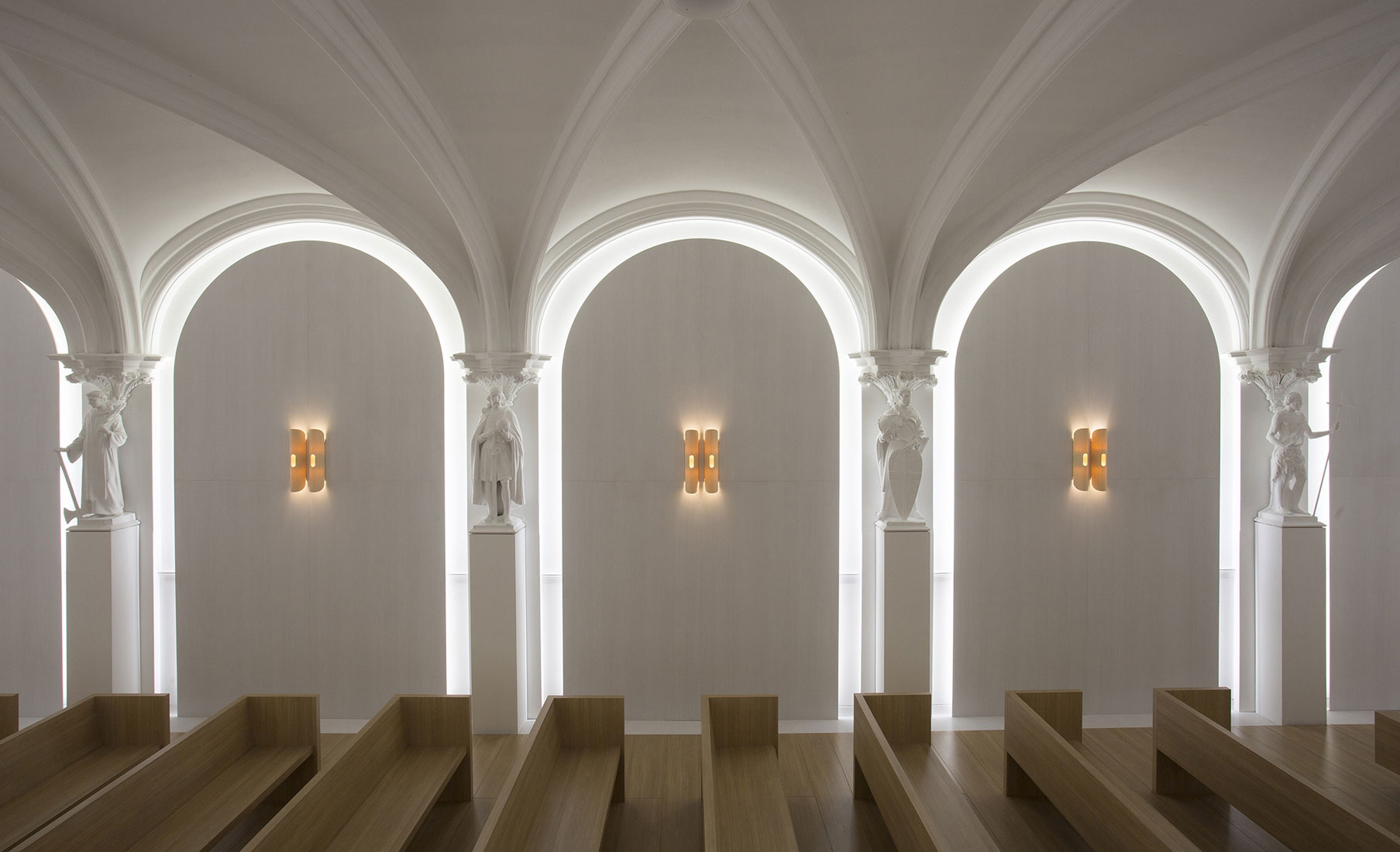 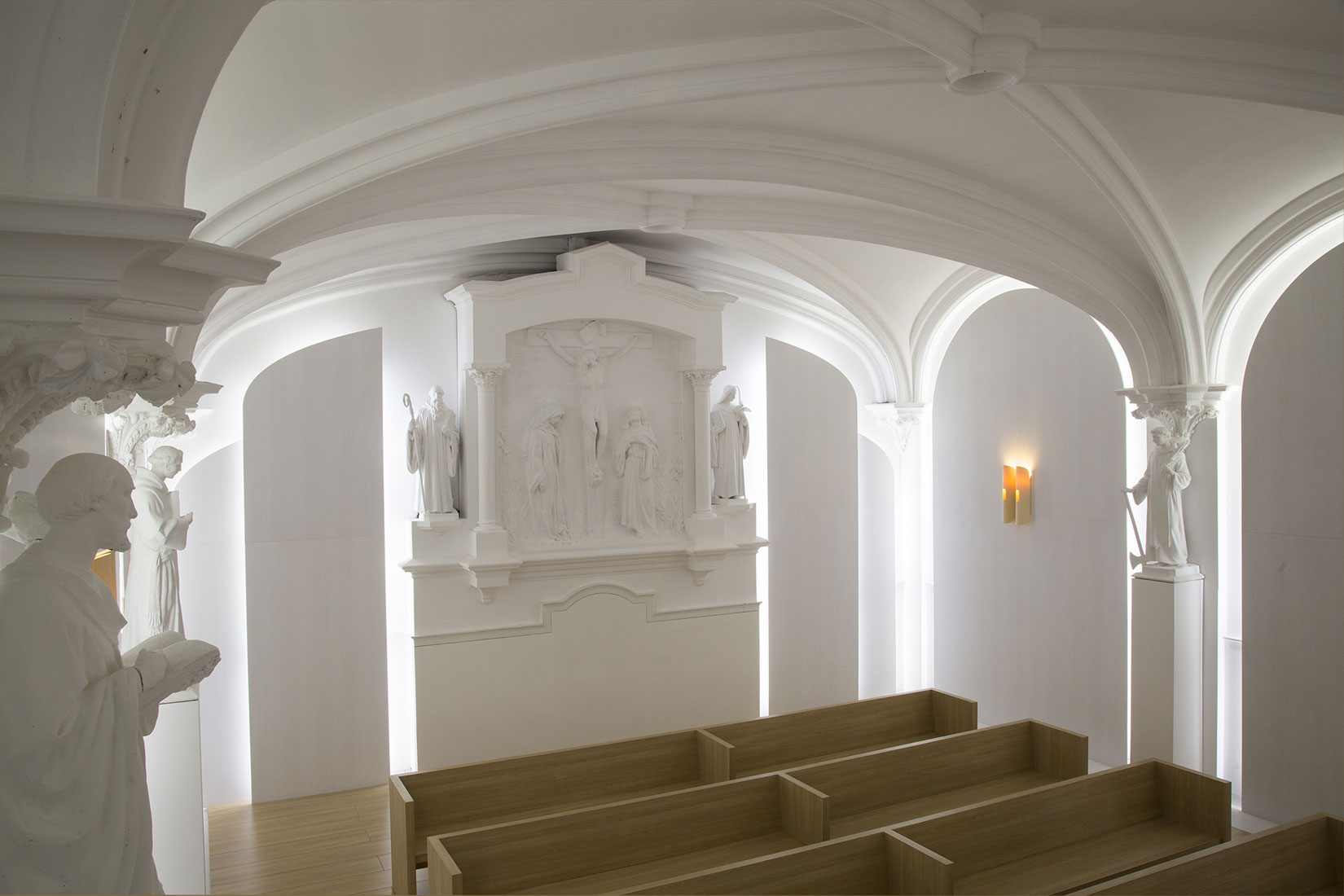 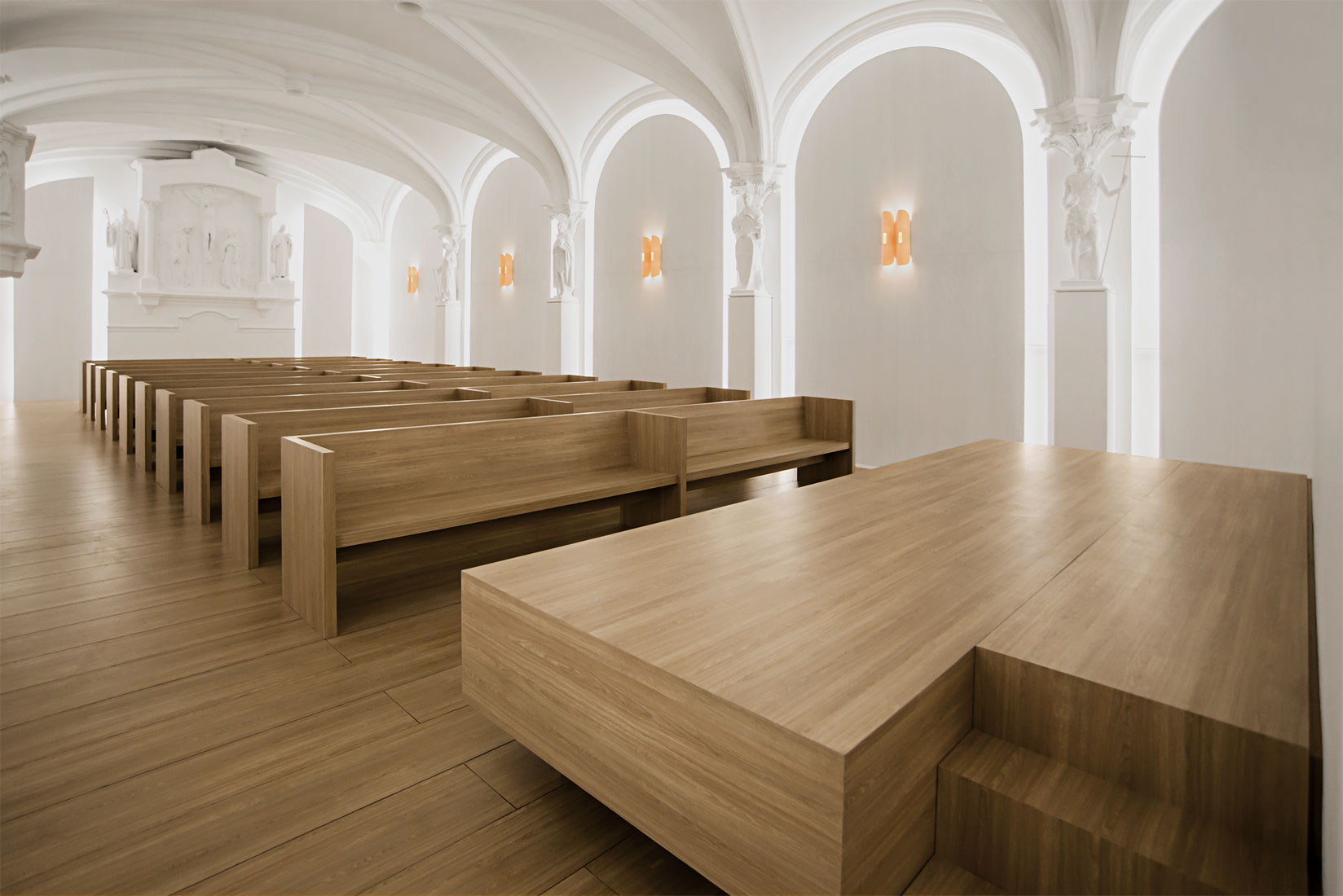 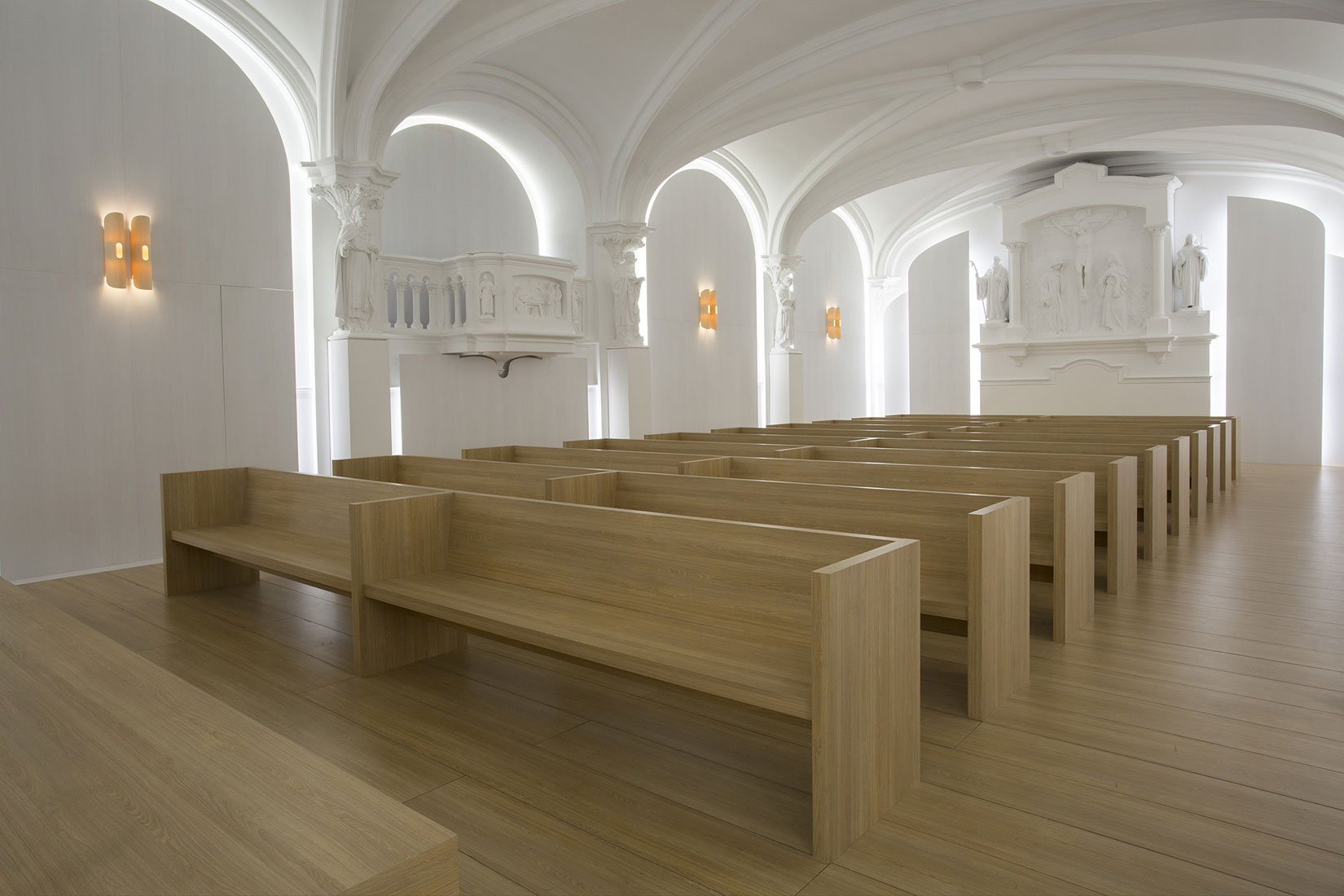 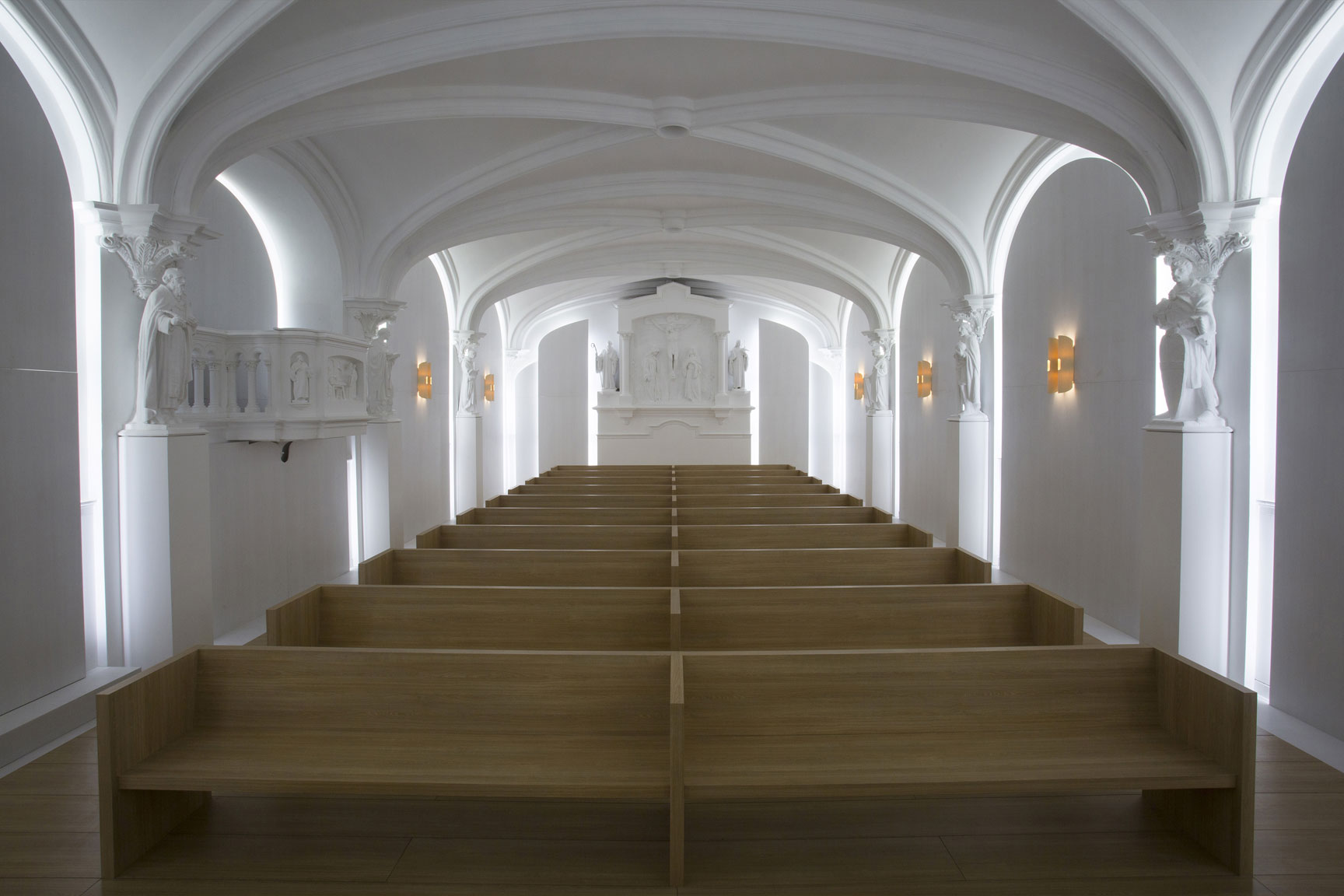